Here me again posting about silkworms. This is probably my final post this year, since I decided to discard most of the eggs and keep only a few of them refrigerated for next year.

In this final stage of our own silkworm story, Dani decided to count the cocoons. They were thirteen total. 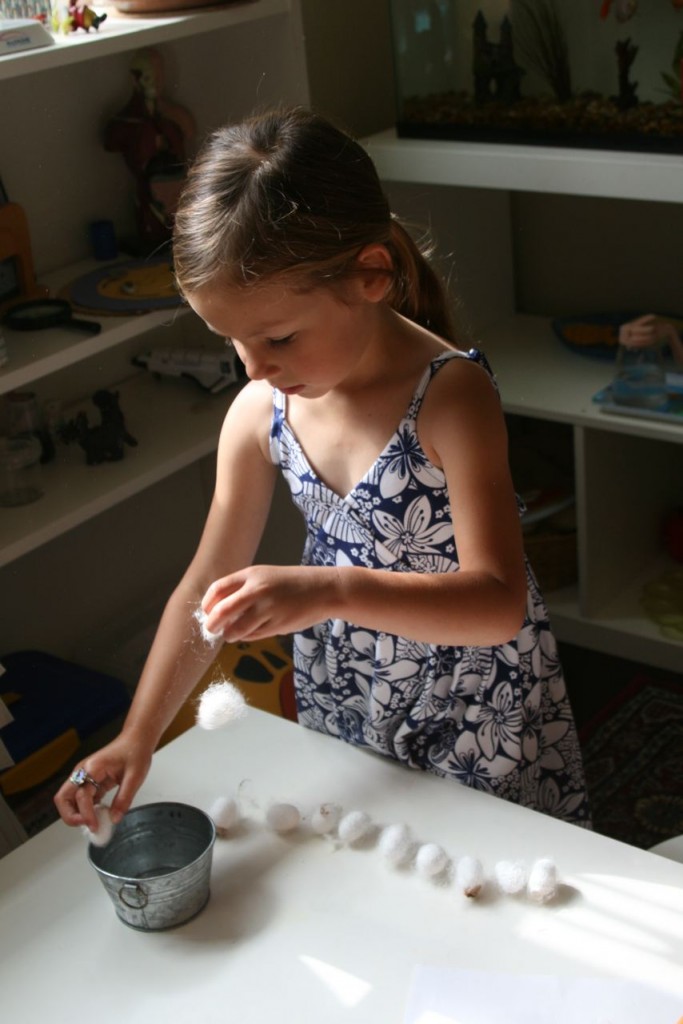 Afterwards, together with Nico, she soaked some of them in hot water. 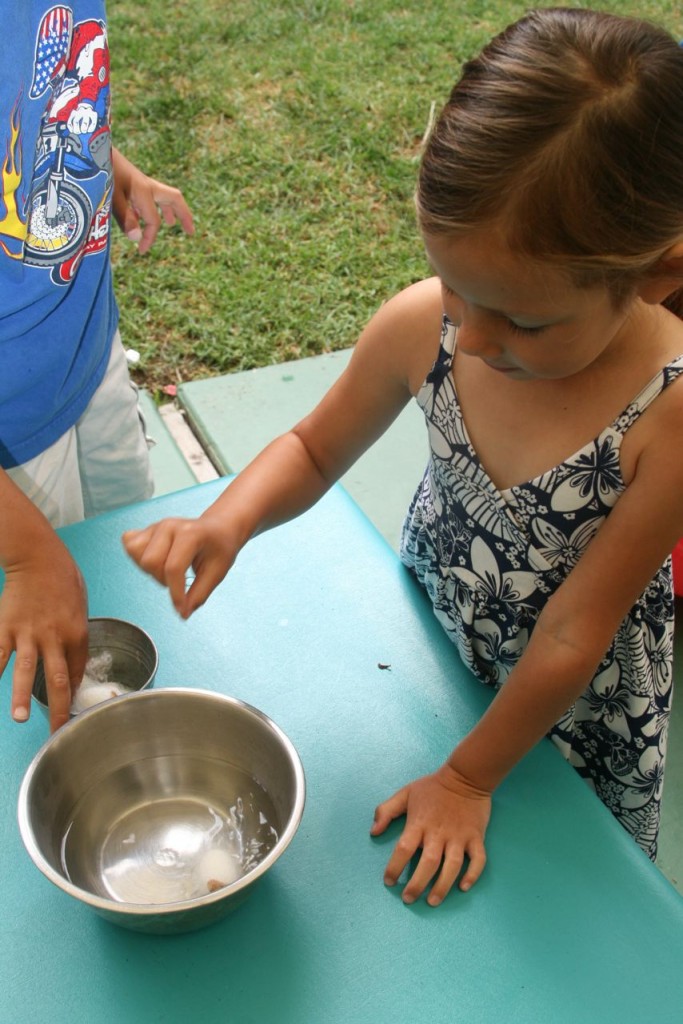 It was easy to unwind them, though not in a single thread, of course. Since all our moths came out of their cocoons, the thread got damaged in the process. 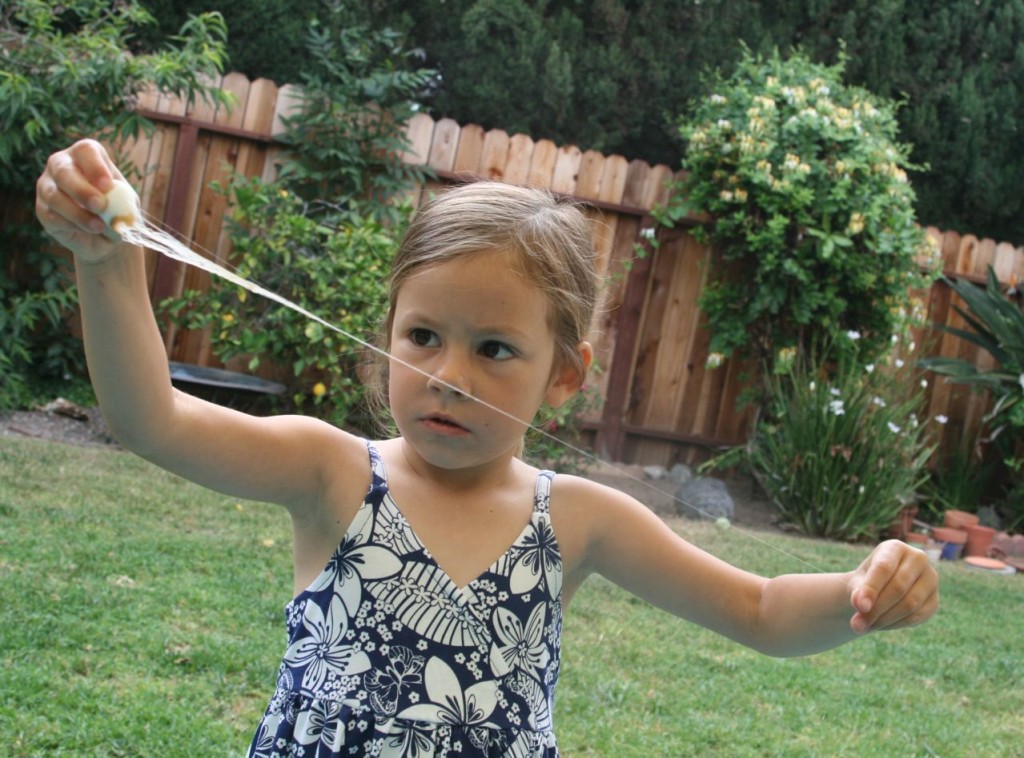 Finally, after reading some more silkworm stories, Dani and Nico played with some silk cloths and scarves. Dani loved the texture of the silk! She decided to wrap the scarf around herself . She wore it all morning. Nico took a long silk cloth and used it as a cloak. They had quite a lot of fun! 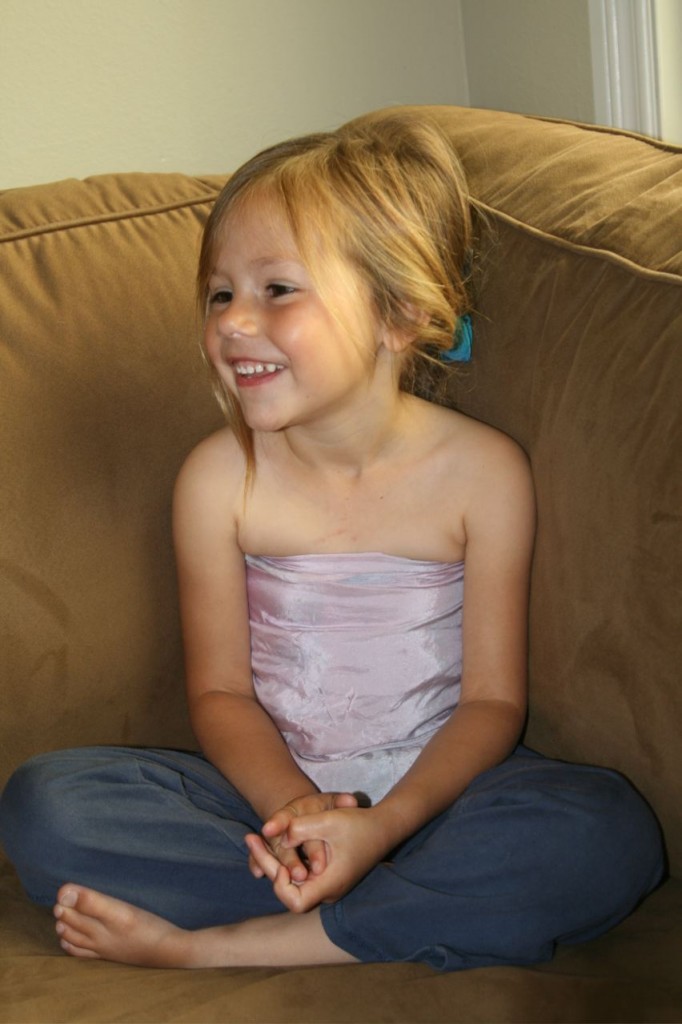 And, just if you were wondering about the moths, they laid eggs for about a week and slowly began to die. They lasted much longer than 4 days, though. Some of them survived for almost two weeks! In fact, one of them, Rosie, a late bloomer, is still alive. We are waiting for her to die anytime and then close this chapter on silkworms. Until next year…we hope. We’ll see …